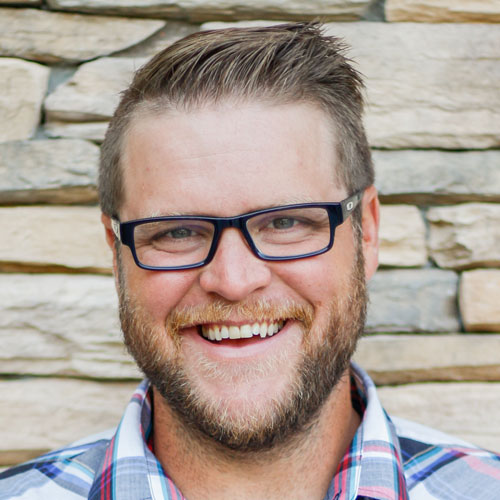 TJ was born in Casper, Wyoming where he spent his early childhood years roaming the plains, playing ice hockey, listening to country music, and watching his grandfather hunt rattle snakes with his bare hands.

Later he moved to the Bay Area in California.  Though the transition to California livin' was difficult for this young cowboy, he soon fell in love with two things that made it so much easier: The San Francisco 49ers and baseball's Swinging Oakland A's.  He considers himself a hardcore fan of both teams to this day.

As a young teenager TJ considered himself an atheist.  But one summer his Jesus-following sister "tricked" him into attending a week long church camp by telling him that it was a wake boarding camp.  That week he started up a relationship with God that changed his life forever.  He also fell in love with "youth group" that summer and has been attending ever since.

TJ and his wife Brittany have three energetic children: Max, Maycee and Maverick.  They also has a very non-energetic English Bulldog named Rawley.